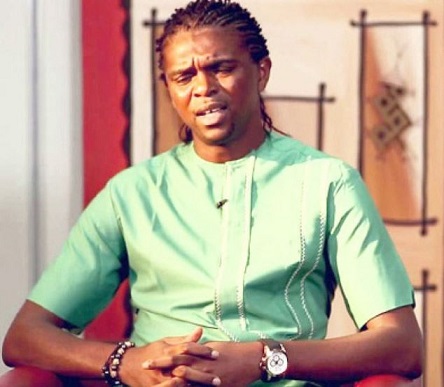 Despite a Federal High Court order locking up the hotel after an unresolved issue with AMCON dating 2015, strangers have since taken over the hotel and latest findings indicate that normal business has since resumed there.

“I got news of this with utmost sadness, especially after all the emotional stress I endured in recent months at ensuring that I got the court injunction for the trespassers to vacate the property,” Kanu said on Friday evening from Cairo, Egypt where he is on a national duty to motivate the Eagles to AFCON 2019 success.

“I honestly do not understand this act of lawlessness and impunity and I hope these trespassers would be taught the lesson that they deserve,” he added.

Kanu had barely celebrated the victory of Nigeria over South Africa in the AFCON quarterfinal on Wednesday when he received the saddening news from Nigeria. “This has really dampened my morale,” he further said.

Hearing on the case had come up at the Federal High Court, Ikoyi, Lagos on June 17 but sitting did not hold after which the matter was adjourned till October 15, as necessitated by the current vacation in the judiciary. It will be recalled that an illegal occupation of the hotel property in February this year had resulted in theft of valuables among which were Kanu’s trophies and medals he had won during his active playing days.