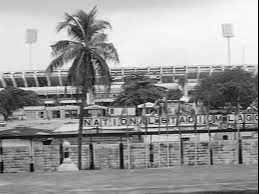 The fall and fall of the Nigerian football league

The famous revolving turnstiles at the numerous stadiums that dotted the Nigerian landscape were an informal national icon in the 70’s, 80’s and early to mid 90’s.

A testament to the sanctity in which football was held across the country. So too, was the sight of ‘ultras’-young, super-passionate and strongly regionalist fans- whiling away the prematch with Ludo-boards as stadium vendors hawked fried snacks and styrofoam coke. 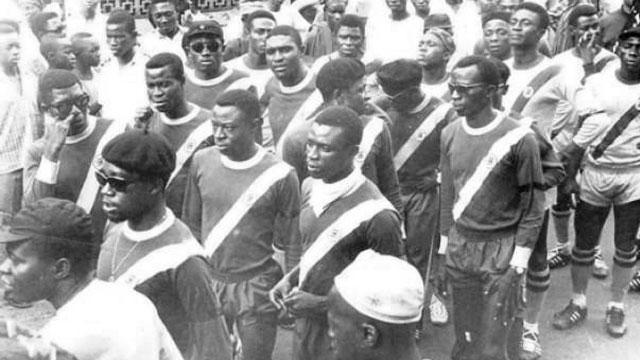 And with the recent oil boom further strengthening the economy; all indicators pointed to a nation, and its favourite sport in the ascendancy.

Fast forward a couple of decades, and Nigerian music is enjoying strong airtime on international playlists and radios; Nollywood is the dominant theater in all of Africa and some parts of the Carribeans, but Nigerian football is virtually unknown outside and even within the country’s borders.

Indeed, English and other European premier league clubs who didn’t have much local appeal initially, have now become the ultimate go-to teams for Nigeria’s football lovers.

But, just how did this reversal occur so suddenly?

Let’s go a little further back.

For Stores GC Femi Aluko, it all began unraveling in 1985:

“Bribing officials was not a new thing in the NPFL, but as with many other factors, it got worse with time…state governments and private billionaires started buying more and more clubs, and they were all trying to influence things in their favour.”

On July 6, 1985, after a much-heralded buildup to match-day, a suspiciously lackluster Stores lost 4-0 to Abiola Babes at the Asero Stadium, to the besument of their fans and club management who accused the players of match fixing, and instantly set up a probe panel.

“Anybody with a free mind will believe that something had transpired, because of the way Stores defenders played that day,”

The Oluwo-panel sat and later affirmed that indeed money had exchanged hands between some of the club’s senior players and third-parties acting on behalf of the ABFC administration.

The outcome of which saw the exit of several players including star man Audu Ibrahim, and the subsequent internal transfer ban on “foreigners” for their perceived negative impact on team ethics.

Five years later, Stores lost 2-1 at Onikan Stadium to Iwuanyanwu Nationale which gave the league title to the Owerri-based team.

Again, it smelled extremely fishy, but no probe was set up this time.

Of the 20 clubs competing in the NPFL, only two are privately owned. All else is governmentally backed.

However, John Masteroudes, former owner of Leventis United, is of the opinion that the NFA’s cavalier attitude and dishonesty when dealing with local clubs, was one of the problems that eventually forced Leventis United and some other iconic clubs to close shop.

“The people at the NFA were not doing what they were supposed to do. I remember in one Challenge Cup game, the stadium had a minimum of 80,000 spectators here in Lagos but when we came out, they told us there were only 9,000 tickets.

These kinds of things were happening all along. We were representing Nigeria in Africa and we were not given any money, we had to pay all the cost of traveling on our own.

“Chief Abiola, Chief Iwuanyanwu, and I met and we agreed that we were going to disband our teams so as to shake up NFA a bit. Besides, our sponsors were not eager to pay that kind of money any more.”

Nigerian football will return to the top, says Gusau

Spread the love President of Nigeria Football Federation, Alhaji Ibrahim Musa Gusau has once more assured that the present NFF ...