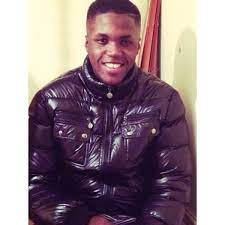 A Nigerian man identified as Nicholas Aina, could face life imprisonment if found guilty of stabbing his mother, Caroline Adeyelu, to death at their Auriel Avenue home in Dagenham, Barkingside, East London.

The 28-year-old Aina was arraigned on Thursday at the Barkingside Magistrates Court on for the murder of his 64-year-old mother as well as the attempted murder of another woman, aged in her 30s, according to Evening Standard.

The police reports that officers were called to a “property in Auriel Avenue shortly after 9:30 pm on Sunday, October 30, where Adeyelu was pronounced dead at the scene following an alleged attack.”

“While Caroline died at the scene of the attack, a second woman was also found with stab injuries and was taken to hospital for treatment. Her condition is not life threatening.

“The suspect, Nicholas Aina, 28, has been remanded in custody to appear at the Old Bailey at a later date,” the police said.