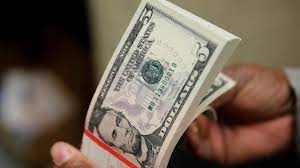 Should this action be implemented come January 2023 as reported, Nigeria corrupt politicians will be worse hit. The just concluded extraordinary meeting held in Washington DC on Nov. 2nd 2022 between the United States Federal Reserve Bank, Office of the Comptroller of Currency, IMF, World-Bank and Governors of Africa’s Central Banks, the United States Govt has set date for restriction on acceptable legal tender note of US Dollar which will commence on Jan. 31st 2023.

The restriction implies that any US Dollar note below 2021 printed date will no longer be accepted or be a legal tender anywhere in the world… This effort is to curb billions of illegal monies in dollar bills warehoused around African continent emanating from drug related, terrorism, kidnapping and money from corrupt politicians.

As part of the enforcement of the strict action plan, African central banks will be assigned with a special agent from the Office of the Comptroller of Currency, Administrator of National bank United States of America to checkmate all inflows and outflows of dollar transactions.

The report also has it that US president has also written to British Government and European Union to tow same line and redesign their currencies accordingly to frustrate those with ill-gotten money in US dollar, British Pound Sterling and Euros.

Spread the love In the last two months, there has been a deliberate scarcity of Premium Motor Spirit (PMS)  and an uneven ...

Spread the love The campaign team of the Labour Party’s presidential candidate, Mr. Peter Obi, was attacked in Katsina State ...