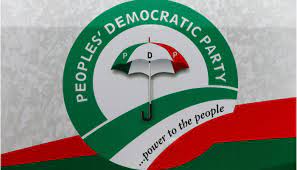 A report of inadequate funding for the Peoples Democratic Party Campaign Council may be true if the words of a member of the party’s National Executive Committee are anything to go by.

The South-West PDP chieftain who spoke with Webteam@iplegde2nigeria anonymously said he’s not surprised that funding has come up for mention, saying the presidential candidate of the party, Atiku Abubakar, deserves blame “in all this.”

He said, “There have been complaints that Atiku is unwilling to release money for campaigns. But Atiku once boasted in the presence of some governors that he had billions of naira to prosecute his campaign. That is why some of them are just looking at him and are not ready to contribute to his campaign.

“Some governors are not sure of their chances and are reluctant to open the purse. This might change in the weeks ahead, though.”

While dismissing insinuations that Atiku is probably broke, he added that “the presidential candidate wants to start releasing money towards the end of the campaign.

“He is learning from the experience of 2019. He lost that election, but he is probably wiser now. What I can’t say is whether things will pan out differently this time. He has told those close to him that he will release money at the appropriate time.”

Timothy Osadolor, Deputy National Youth Leader of the PDP, also told this medium that Governor Godwin Obaseki of Edo State has been up and doing, funding the campaign council in the state.

As it were, the governors of Rivers, Oyo, Abia, Benue, and Enugu states—Nyesom Wike, Seyi Makinde, Okezie Ikpeazu, Samuel Ortom, and Ifeanyi Ugwuanyi, respectively—are likely to channel their states’ resources to help one another given their determination to stay away from the Atiku/Okowa campaign council.

Meanwhile, the PDP, on Tuesday, in a report described as untrue, that the chairman of its Presidential Campaign Council, Udom Emmanuel, was threatening to quit his role owing to inadequate funds.

Speaking exclusively with Webteam@iplegde2nigeria , the party’s national publicity secretary, Debo Ologunagba, describing the report, said, “That is fake news. It is not correct, and it is a creation of some people. Governor Udom Emmanuel, has even refuted it.”

Addressing party supporters at the Nest of Champions Stadium, Uyo, Governor Udom Emmanuel also dismissed the story, saying there was no iota of truth in the claim that he was considering resigning his position as Chairman of the PDP Presidential Campaign Council.

In a separate interview with this medium, the spokesperson of the Atiku/Okowa presidential campaign organisation and Commissioner for Information in Delta State, Charles Aniagwu, said reports of a lack of sufficient money to run around are not true.

However, Ibrahim Tsauri, a member of the PDP National Executive Committee, NEC, said if indeed Udom complained about the paucity of funds, “There’s indeed a problem.”

He said, “If it is true that the chairman of the campaign council complained about a lack of money, then, there is indeed a problem. Campaigns involve a lot of money because those who travel to Nigeria to talk to Nigerians don’t go by road; they fly.

“Maybe Udom is saying the money is not enough and it is important to look inward.”