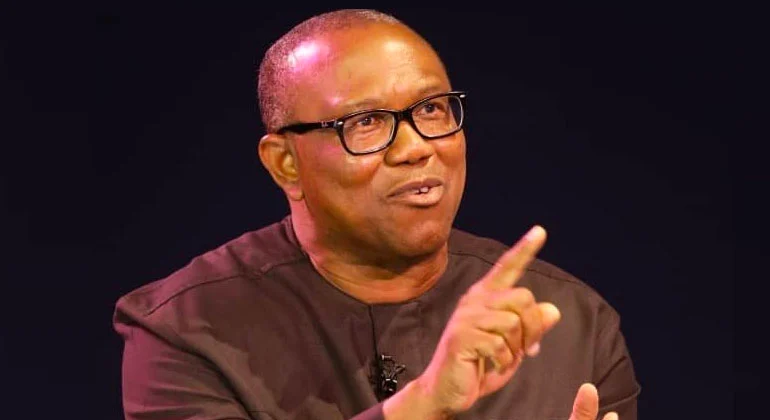 The Presidential Candidate of the Labour Party, Mr Peter Obi, says he will not give excuses or engage in blame games against predecessors if elected in 2023 general elections.

Obi, who appeared at the Editors Forum, an initiative of the Nigerian Guild of Editors (NGE), on Monday in Lagos, said that leaders are elected to solve problems and not to be looking at the past and blaming others.

He said that he had studied the country, understood the yearnings of the people and was ready to be a problem solver.

“Next year’s election will based on character, competence, capacity, and ability or commitment to start doing the right thing. I assure you that I am committed.

“It is going to be difficult, but it requires huge mental and physical energy. I want Nigerians to hold me responsible, I will be the commander in chief, and I will drive the process.

“Security, I am going to deal with it headlong. I will be responsible. I won’t take any excuses.

“I want to assure Nigerians that this work, I can do it, and it has to be done. I am not going to give excuses. I don’t want to go in and start studying what to do.

“I don’t want to go in and start complaining and blaming predecessors because if the past was good, you won’t hire me. I am not here to look back. I am here to solve problem,” he said.

According to him, the job of a leader is not to give excuses or complain but to find solutions and deal with issues and build a better country.

“You hire me to start telling you good story and that is what I am promising Nigerians.

“If they hire me, I am going to tell them (Nigerians) good stories and not to start reminding them about the past and what someone left undone,” he added.

Obi promised to lead by example, fight corruption, supervise projects and bring sanity into the system.

He said that the cost of governance in the country was high and unacceptable, pledging to end all rascality, corruption and wastages if elected to put the country on path of growth and development.

Promising to provide leadership, Obi said that as former governor of Anambra, he toured every local government and slept in all the council areas, adding, “If I give you a job to do, I will follow it up.”

“Leadership changes everything, but the driver must be known, trained and have the competence,” he said.

Obi noted that he had studied the nation’s challenges, including security, economy, poverty, agriculture, micro and small business and corruption.

He said that he had the political will to bring in an institutional framework to make things work.

On fighting corruption, Obi said: “I don’t need to tell you anything about fighting corruption because all you need to do is to go to Anambra State and ask how many parcels of land were allocated to Peter Obi, his wife and children or anybody, If you see one, I stop campaigning.

“If you see any contractor that says I sat down with him and negotiated what is my own benefit in contracts, I will stop campaigning. I am not a saint. I became governor by His Grace but I cannot abuse grace,” he said.

Stressing that the 2023 general elections should not be about tribe, Obi urged the journalists to scrutinise all the presidential candidates, not based on certificate, religion, eloquence, or ethnicity, but character and track records.

“Remember that certificate is not a measure of character and integrity. We are looking for people who will not steal our money.

“So, go and scrutinise all of us. We should vote people based on track record, age, strength because the job requires physical and mental energy,” he said.

Obi was accompanied to the event by Mr Akin Osuntokun, Osuntokun, the South West coordinator of his campaign, Ms Aisha Yesufu, an activist,  and Ms Ndi Kato, Spokesperson of the Obi-Datti Presidential Campaign Organisation. (NAN)