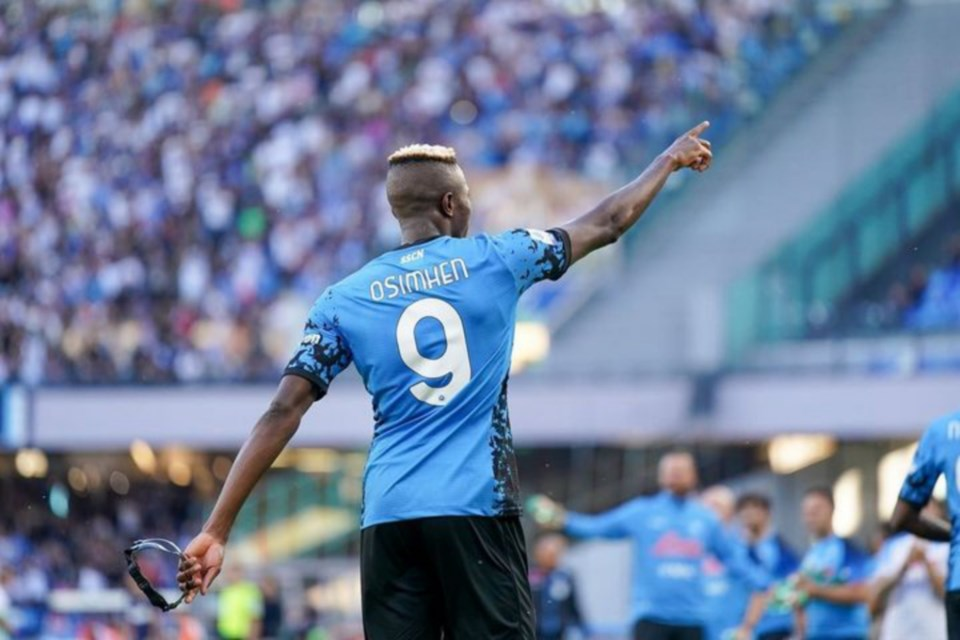 Football expert, Malu Mpasinkatu, has praised Nigeria international Victor Osimhen for his impact on Napoli, noting that the former Lille star has the qualities to become one of the best strikers in the world.

Mpasinkatu stated this on TMW Radio as reported by Area Napoli, but also advised that the 23-year-old Napoli goal poacher still needed to improve in some areas.

“How much has Osimhen grown? Spalletti immediately defined him as a force of nature, but he has to work on his shortcomings. He is a striker who needs to improve in terms of precision, this year he is already more so. And ‘ someone who doesn’t save himself for the team, you see him recovering the ball from behind and this has often affected his lucidity up front. He can become one of the best strikers in the world in the next few years,” he said.

He added that Osimhen’s performance had attracted interests from top European clubs and could be tempted by a move if he wins the Scudetto for Partenopei.