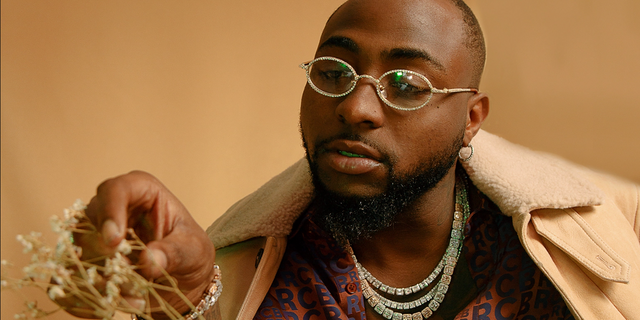 It is without a doubt that in just three decades on earth, Davido has earned more honours and achieved more feats than many of his peers.

Many of his peers can only imagine and dream of his achievements and amassed wealth in the span of 11 years. In 2018, barely seven years into the music industry, Davido registered his name as the first African artist to receive an award on the main stage of the BET Awards.

He won Best International Act at the 2018 BET Awards. The Davido Music Worldwide boss went viral for his acceptance speech, where he urged patrons and American artists to visit Africa and eat African food. He ended his speech by saying, we rise by lifting others.

It is without a doubt that Davido’s accomplishments extend beyond music and into film with his songs featuring in international movies like ‘Queen of Katwe’ (2016) and ‘Coming to America II’ (2020).

He was also approached to feature in the Eddie Murphy-produced film that had him performing one of his hit songs ‘Assurance.’ In 2022, Davido registered his name on the sands of time when he emerged as the first Afrobeats artist to feature on the FIFA World Cup official theme song.

Davido joined Trinidad Cardona, and Aisha to collaborate for RedOne’s production, ‘Hayya Hayya’ (Better Together), which served as the official music for the FIFA World Cup Qatar 2022.

Just before rounding off the year with the FIFA World Cup Qatar 2022 official music, he secured a clothing deal with the global sports brand, Puma. The clothing partnership deal with the German multinational company saw him walking the runway during New York Fashion Week amidst other activities.

Davido’s music video for ‘Blow My Mind’ with American singer Chris Brown became the first music video out of Nigeria to surpass two million Youtube views in just 24 hours. In December 2018, his ‘Fall’ surpassed 100 million views, becoming the first to do so and also currently the most-viewed video by a Nigerian artist on Youtube. He became the first African artist to get a gold certification in the US as well as Canada in 2020 with ‘Fall.’

With over 30 awards, Davido is one of the African artists with the highest number of awards. Like Wizkid, Burna Boy, and Tiwa Savage, Davido sold out the 20,000-capacity O2 Arena in the United Kingdom and won the Music Of Black Origin Awards. Davido has in just 30 years received an RIAA Gold plaque in the USA for his smashing singles, ‘If’ and ‘Fall.’

Davido has, in 11 years, tasted fame, wealth, and bad press. It is widely believed that these occurrences have shaped and strengthened the 30-year-old father and music businessman. With the recent sad occurrence in his life being the death of his beloved three-year-old son, Ifeanyi Adeleke.

Davido has lost at least five close aides during his 11-year run as a global music star. These individuals include his official DJ and close ally, DJ Olu Abiodun, social friend Tagbo, and aides, Ahmed, Tunji, and Chime. Aside from ensuring a good relationship with the three women that have a child for him each, he has also been involved in several scandals involving his relationship with women at the early stage of his career.

However, in all of these, Davido has always come out stronger such that he referred to himself as the son of a wealthy man, who can be likened to a cat with nine lives, OBO Elemi 9+.

With his career standing strong like a rock of Gibraltar despite tribulations, the superstar, who was born in Atlanta, Georgia, United States of America, on November 21, 1993, is worth over $20 million as of October 2021.  Though Davido was born with a silver spoon as one of the sons of a wealthy Nigerian business mogul, Dr. Adedeji Adeleke, Davido has worked tirelessly to get on the Forbes list of richest African entertainers with a net worth estimated at $20 million in 2021.

Davido’s major sources of income include music streaming sales, performance fees, concert and tour proceedings, clothing deals, endorsement deals, and merchandising. His deals include deals with MTN at the early stage of his career, Glo, Puma, Pepsi, Axe, Guinness Nigeria, and Infinix Mobile amongst others deals. Davido’s net worth and wealth are also boosted by his YouTube channel, which has received over 663 million views, and his Instagram account, which has over 26 million followers. According to Hopper, each of Davido’s Instagram posts is worth an estimated $91,100. He is ranked 29th among the world’s Instagram richest celebrities.