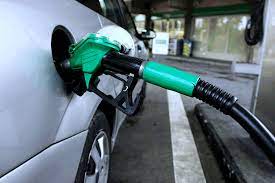 The chief takeaway from the Arise presidential debate, surprisingly present in all of the candidates’ agenda, was the seemingly inevitable removal of fuel subsidy from the national budget.

PDP’s Atiku, who was represented by his running vice, Ifeanyi Okowa, referred to fuel subsidization as a scam, opining that it was impossible for Nigeria to consume 60 million barrels of fuel, let alone the alleged 90 million barrels annually.

NPP’s Kwankwaso also pledged to “create necessary palliatives, even if we take subsidy away, which is necessary in the long term.”

While Labour Party’s Peter Obi, said that his government would remove subsidy to develop other critical sectors of the economy.

below ours. That shows that something is wrong. It’s criminality that we need to deal with immediately.
“What will I do? We will remove subsidy. Use the resources efficiently and support those, who are and set up refineries and channel the rest of the resources to other critical sectors,” he said.

In the same vein, current Minister of Finance, Budget and National Planning, Mrs. Zainab Ahmed, also insisted that the federal government would commence a phased removal of petrol subsidy from June next year. Ahmed said provision for the removal of the subsidy had already been made in the 2023-2025 Medium-Term Plan.

Speaking at a media briefing at the Nigerian Economic Summit, Ahmed described fuel subsidy as “a double jeopardy for the Nigerian economy, which must be removed”.

She pointed out that the country had been borrowing to fund the subsidy, adding that this method had become unsustainable amid the present fiscal challenges facing the nation.

The minister also said the government would strengthen its dialogue with citizens, especially the civil society organisations and labour unions, to get their support preparatory to phasing out the fuel subsidy regime.

Speaking during an interactive panel session on the, “Future of Fiscal Policy,” Chaudhuri said restoring the health of fiscal policy was key to actualizing the country’s full potential and added that phasing out fuel subsidy could provide additional revenues for the government to fund its deficit.

But, what exactly is fuel subsidy? How does it work in Nigeria? And what are the consequences of its removal?

A subsidy is an incentive given by the government to individuals or businesses usually in the form of grants, or tax breaks that improve the supply of certain goods and services.

Basically, subsidies are provided by the government to specific industries with the aim of keeping the prices of products and services low for citizens to be able to afford them and also to encourage production and consumption.

Fuel subsidy is usually defined as a consumption subsidy; which is what happens when the government offsets the costs of food, education, energy, healthcare, water and other civil necessities.

Advantages of subsidies include:

This is especially applicable in the area of production cost inputs such as fuel prices, particularly when global crude oil prices are rising. Many countries subsidize fuel costs in order to keep prices from ballooning.

Preventing the long-term decline of industries

There are many industries that should be kept alive and functional, such as agriculture and transport, because they are essential to support a country’s population, and without subsidies would make life necessities much more difficult for the average Nigerian.